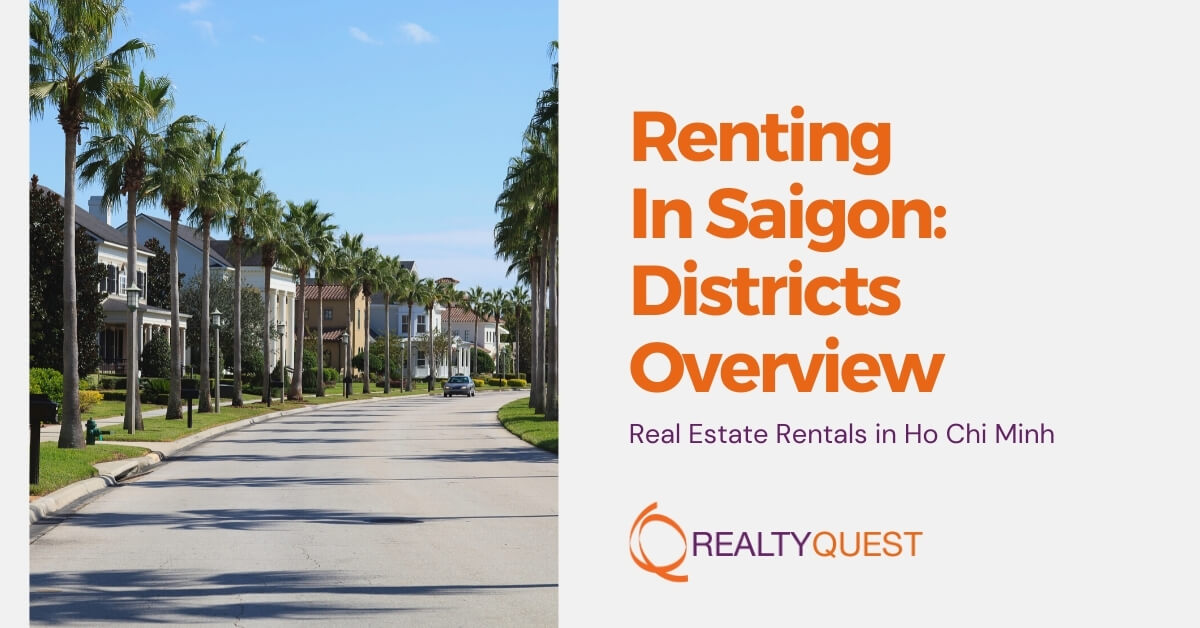 What Are The Most Luxurious Neighborhoods Of Saigon?

Ho Chi Minh City? Saigon? a matter still up for debate to this day! Interestingly enough, so are the city districts. Until recently comprised of a total of 24 districts, the metropolis lost two of its fastest developing ones to Thu Duc city back in 2020: districts 9 and 2. Surprisingly enough, however, the latter is nevertheless on our list of the most luxurious neighborhoods of Saigon – or Ho Chi Minh City? 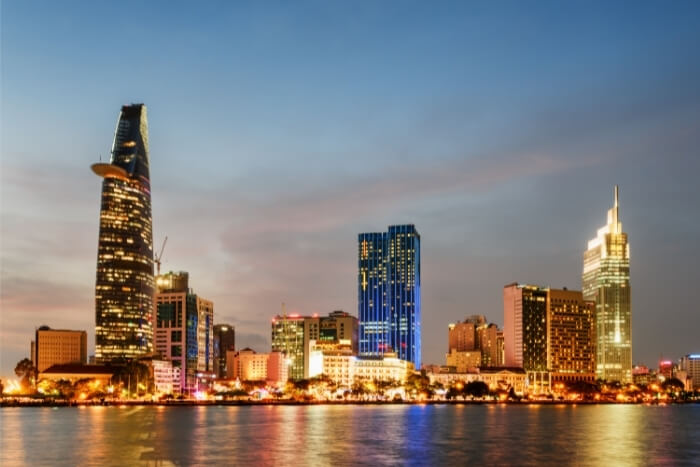 The pulsating financial hub of the country, D1 is most remarkably home to a lot of preserved French colonial-era buildings. Being within walking distance from one another, it only makes sense for many newcomers to make their first steps here.

. A maxed-out villa on Nguyễn Thị Minh Khai Street can be well over 5’000 USD! 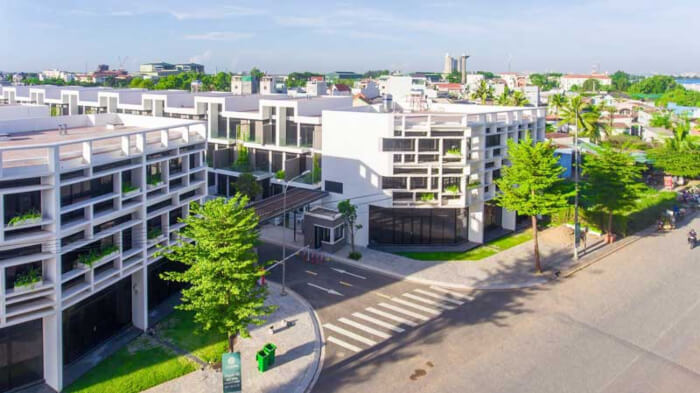 The expatriate hub of the city, with Thảo Điền being its most modern part. Offering what comes closest to the comfort and security of the western lifestyle – up-to-date housing, international schools, top-tier restaurants, and healthy shopping options -, many property developers have been following suit and building a wide array of condos, villas, and tower blocks. 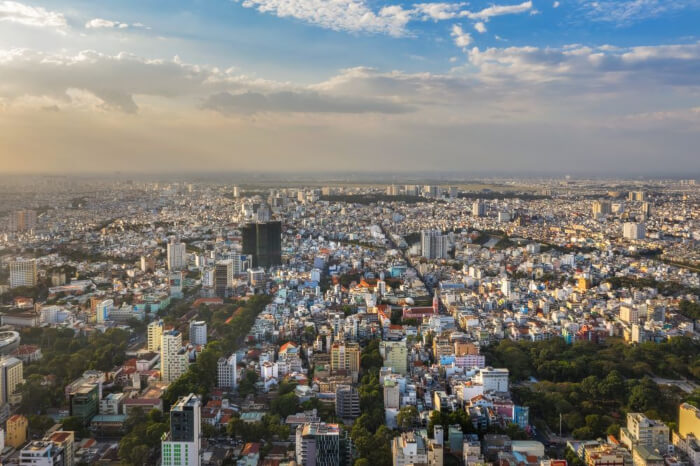 Once the neighborhood of choice for “the cream” of the wealthy French entrepreneurs – many remaining villas can attest of it -, D3 is now adorned with lively cafes, bars, and restaurants that rally great numbers of youngsters. 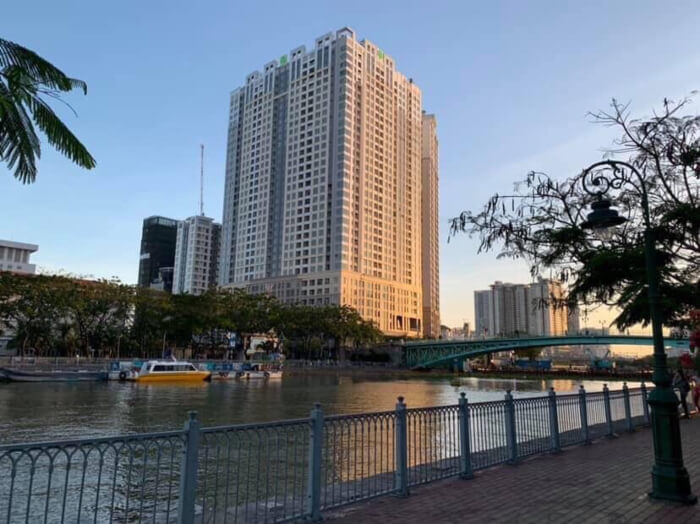 Once lair to the Vietnamese Mafiosi, D4 has gradually been improving its image. So much so that many consider it to be street food heaven! Several apartment complexes have since then emerged, too.

. Expect about 200-250 USD for a room in a shared apartment in more local areas. 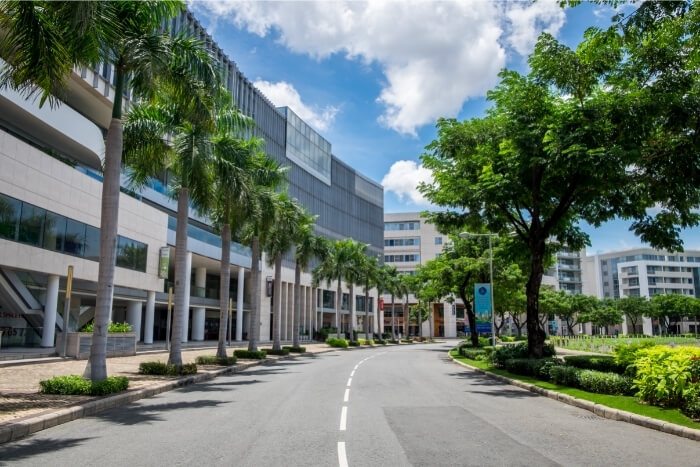 Here is one of the best thought-out districts of the city: D7 – Phú Mỹ Hưng particularly. Whereas the city center is more often than not clogged with traffic, Phú Mỹ Hưng is close to being a haven of peace: green spaces and walkable streets, enhanced by many condos and villas, international schools, and restaurants.

. Renting a 5-bedroom villa near Crescent Mall is close to the 2’000 USD mark. 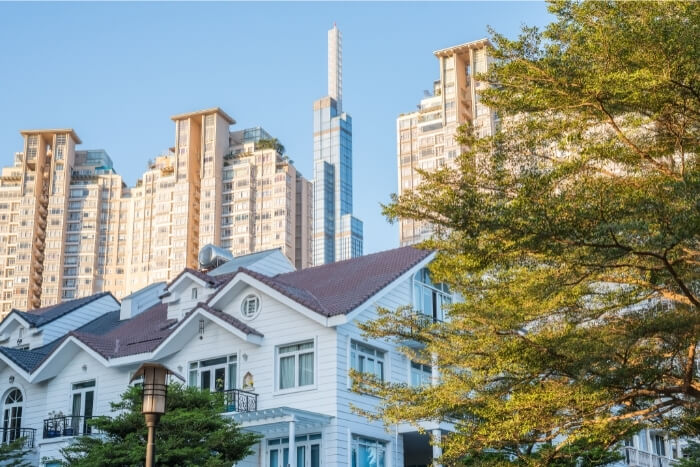 Comfortably nestled between D1 and D2, Bình Thạnh is minutes away from both and has very little to envy them, culinarily speaking, at least. Its southernmost part – ward 22 – is without a doubt the best developed and perhaps sought-after area to reside in.

Should you be wanting to make any specific inquiries about pieces of real estate, Realty Quest is all ears!

Note: all property information for lease or rent or sale is as accurate as possible.
Pricing and features for any villa or apartment are subject to change.
Realtyquest Vietnam specializes in apartment, house, and villa rentals and sales in Thao Dien, District 2, and all major districts in Saigon. As well as facilitating landlord and tenant communication, helping with housekeeping, security, and pool cleaning services, we also provide assistance with tenancy management and bill payments.